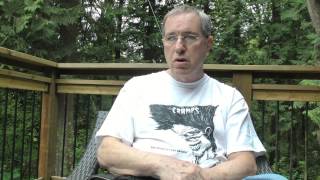 In the strictest of terms, strokes are caused (Among other things) when a certain part of the brain gets deprived of oxygenated blood which leads to the victim suffering from severe long term/ short term disabilities.

At the time of writing, it was statistically determined that in the US alone, about 795,000 people experience a stroke each year. And out those 795,000 people. Almost 140,000 individuals often lost their life to this occurrence.

While the majority of stroke patients are mostly elder people, about 1/4th of the affected population has been seen to fall at an age group that is less than 65.

For those of you who might be fully unaware of this, Strokes takes place in the brain when the blood flow that is responsible for supplying the brain with all of its essential nutrients and minerals gets somehow obstructed. This obstruction can happen due to high pressure or even hemorrhaging due to external impacts.

While it is possible via modern pharmaceutical medicines to save a person from a stroke, it is not yet fully possible to eliminate the side-effects which come as an aftermath of the stroke.

These side effects include loss of speech, memory, cognitive abilities and even alteration in personalities.

In the medical world, Strokes have been classified into three categories, namely

Up until this point, the methods through which the recovery of the aforementioned cognitive functions mainly including rehabilitation and medicines. Not to say that they didn’t work, but they didn’t work “as” effectively.

However, recent studies into comparing the effects of CBD and Stroke have seen to reach a turning point where now it apparently seems that CBD might be the game changer in this field!

A brief into the CBD compound

Before diving deep into the explanations of the clinical trial, it is of paramount importance that you understand what “CBD” really is. The first misconception which I would like to point out here is that, Marijuana is not only a recreational drug. True, it is has been used for primarily recreation in the past, but things have changed drastically now!

Marijuana herbs are comprised of 80 different strains, each of which has their own unique properties and characteristics. But the two strains which always steal the limelight are CBD and THC. THC is basically the strain of Marijuana which gives the herb its psychoactive properties. While on the hand, CBD which is primarily used for treatment is the strain which holds most of the medicinal benefits of Marijuana, with the exception of being Psychoactive.

The Effects of CBD on Strokes

Stroke has been known to cause a number of different problems, ultimately handicapping the person due to problems in the neuropathic pathway.

When a patient is exposed to a good dose of CBD, what happens is that this very strain creates a form a protective layer alongside the neuropathic pathway which prevents it from being damaged due to a stroke.

Shortly CBD is administered, it not only starts to protect the neurons but also the astrocytes which ultimately leads to a much greater recovery from any kind of biochemical, functional, histological or neurobehavioral defect.

Furthermore, it has been observed upon close inspection that part of the damage due to a stroke is closely linked with an increase in three aspects of the body.

As it turns out, CBD does a great job in minimizing the increase all three of these effects, which further helps to mitigate the overall damage caused by a stroke.

It should be noted though that the efficacy of CBD is highly dependable on “How Long” it took for the CBD to be administered after the stroke. The quicker the administration, the more effective the outcome will be.

Throughout the years, there has been a number of different researches going on which helped a lot to prove the potency of CBD in tackling Strokes.

A recent meta-analysis of about 1,473 subjects published in the Journal of Blood Flow & Metabolism in December 2014 found that in the subjects who had suffered from an permanent or temporary ischemic stroke, the amount of brain injured was greatly depended on whether the subject had been going through cannabinoid therapy or not. Going through the therapy being more effective.
An In-depth study performed in 2012 revealed that the number of cannabinoid receptors (both CB1 and CB2) experienced an overall increase after a stroke. Excited by this result, scientists went ahead to administer a synthetic cannabinoid which