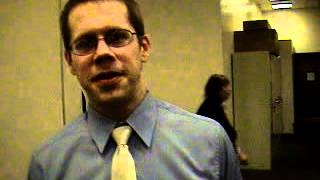 It shouldn’t come off as a surprise to anyone that ailment known as “Rheumatoid Arthritis” has turned into such a buzz word as of recent years. And why not? It has been estimated that at present, more than 30 million people in America are suffering from some form of Arthritis.

When trying to zero-in on finding out a reason as to why people are all of a sudden being affected by this disease much. Researchers were able to point out some key elements that are largely contributing towards the ascending rate of Arthritis.

The most obvious factor here has to be aging. It has been estimated that female and male who are generally between the age frame of 30 to 60 are prone to being affected by Arthritis. Other than that, today’s harsh environment and stressful lifestyle are also playing a great role here. The saddest part about this is that nowadays even juvenile individuals are being affected by Arthritis as well! At the time of writing, cases of recorded juvenile Arthritis had crossed 300,000.

A brief insight into Arthritis

With all of that said and done, it’s very much understandable that some of you might not be too much familiar with the signs and symptoms of this disease.

RA is generally cause when there is a malfunction in the body’s immune system that affects the various movable joints of our body, resulting in painful inflammation. The immune system of our body tends to perceive this inflammation as a harmful anomaly and sends in white blood cells to fight it. Bear in mind that these cells are typically released when dealing with germs or bacteria.

The WBC in turn approaches the tissues surrounding the affected area and starts to cause damage to the cells, ultimately wearing them down. This process keeps on going until gradually at some point, the cartilage wears down so much that friction between bones take place which results in painful discomfort and erosion. What’s even worse, is that most cases of RA attack in a symmetrical manner, meaning that the same joint of on both side will be affected.

Similar to most of the other autoimmune disease out there, the main reason for this is yet to be discovered. Scientific developments are principally focused in trying to mitigate the painful experience and fatigue of a sufferer. While synthetic medicines are not doing anything great, it has recently been shown that cannabinoid therapy might be a very strong and viable treatment path for RA patients.

What is Medicinal Cannabis?

Even though the field of cannabis treatment has developed to a greater degree in recent years, many people are still unaware of it and still consider Cannabis as simply a recreational medicine. Let us clear that myth for you.

To properly be able to grasp the depth of the scientific trials discussed here, it is of paramount importance that you understand the Science behind Cannabis.

Starting off, yes Cannabis is in fact psychoactive drug. But that’s not the end of the story. Basically, Marijuana herbs are composed of a large number of different strains (80+), each with their own attributes and medicinal features. However, we are only interested in two of those strains, namely CBD and THC.

The strain which mainly is responsible for the psychoactive effects of Marijuana is THC. On the other hand, CBD is its non-psychoactive cousin which holds a barrage of medical benefits.

We are just scratching the surface here!

How is Cannabis Going to Help?

This anti-inflammatory effect of Cannabis comes from the aforementioned cannabinoids: CBD and THC. It has been observed that not do they bear extremely potent analgesic effect, but they also carry highly effective immune modulation and anti-inflammatory properties.

In the case of Arthritis, THC is acting as a very strong analgesic. Working to reduce inflammation and encourage appetite by invigorating the mental condition of the human mind.

Alternatively, CBD has the same effect as well, minus the psychoactive properties of THC. Which helps to a great extent to induce a comforting sensation that allows people to relieve themselves form the stress and anxiety caused due to the severe arthritis pain.

Another component of Cannabis known as Cannabinol (CBN) also partakes in reducing the Arthritis pain. Even though this is slightly psychoactive, it acts a soothing sedative which allows RA suffers to get a sound sleep.

Just with every other modern discovery. Treatment of arthritis with CBD is still in its early stages and clinical trials are being conducted thoroughly to bring it under the spotlight of the medical community. Some of the more notable ones are: