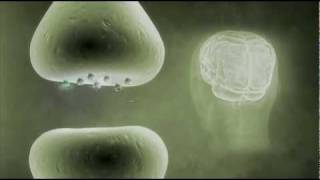 A human’s life can never go completely smooth. At one point or the next he/she is bound to experience something tragic that might shock them a leave a mark in their mind. For some individual, coping up with such an event seems to be much easier than the rest. True that they still feel the pain and emotions of the loss, but eventually they learn to let it go.

Unfortunately, though, that’s not the case for the 44.7 million people of America who are suffering from PTSD. These people have experience something so horrific that it has completely scarred them exposed them to building up such a troublesome form of anxiety. What’s even more scary, is the fact every one of nine women of America has been statistically proven to be affected by PTSD.

For a psychological condition that is increasing at such an intense rate, the treatment options for PTSD are still very limited. Synthetic medicines aren’t doing well in alleviating the symptoms of this condition.

All hope is not yet lost though! Thanks to recent developments in the field of PTSD treatment using Marijuana, multiple states has open heatedly accepted PTSD as being a qualified condition that can be treated using Cannabis. This should come as a great news for individuals who are looking for a potent alternative solution to this dire problem.

What exactly is PTSD?

Let us first go through a brief rundown to get you more familiarized with PTSD (Post Traumatic Stress Disorder). So, in a nutshell, PTSD is a form of mental health condition that is triggered when the body experiences severe levels of anxiety due to some kind of past traumatic experience.

Symptoms of PTSD has been known to range from nightmares or flashbacks being induced to uncontrollable “episodes” of panic attacks.

Usually individuals who have gone through radical levels of traumatic experiences such as loss of close ones, sexual assaults and/or major accidents are prone to experience PTSD in their later life.

The extent of stress a person will have to endure during a PTSD episode largely depends on the fluctuations in neural chemistry that occurs during the event of the trauma. Depending on the extremity of the affected situation, the body tends to bring about a varying level of physiological changes influenced by the release of adrenaline and stress hormones which ultimately results in the patient going through Post traumatic stress.

Before moving forward, this is one misconception which we would like to clear up here. Yes, Cannabis is a psychoactive drug, but there is a science behind this which many are unaware of.

Any given Marijuana substance is ultimately comprised of more than 80+ different chemical compounds. These individual compounds hold project different attributes and characteristics which makes them unique.

Out of the 80+ compounds, the world is primarily concerned about two of them, namely CBD and THC.

THC or Tetrahydrocannabinol is the compound which gives Marijuana its distinct feature of inducing a sensation of “High”. This is a very psychoactive compound but it has its medical benefits as well.

On the other hand, Cannabidiol or CBD is the substance which holds most of the positive medical benefits of Marijuana, with the elimination of any psychotic effect.

When dealing with various diseases, scientists primarily focus on CBD but in terms of PTSD, a subtle combination of both THC and CBD might be required.

How is This Helping?

Although a perfectly valid cure for PTSD is yet to be found, even though the usage of Cannabis. Thanks to a deeper understanding of the body’s endocannabinoid system, Scientists are now hopeful that we might be very close to finding a solution to PTSD through the proper administration of Medicinal Cannabis.

The key thing to understand here is that it has been observed that PTSD levels are being greatly influence by the presence of an endogenous cannabinoid compounds known as anandamide. This compound triggers the same Cannabis receptors in our body that are activated by THC or other marijuana elements.

A co-relation was found here as Scientists were able to deduce that PTSD patients had a significantly lower level of anandamide in their body. Causing them to believe that the endocannabinoid deficiency might be one of the dominant reason of PTSD.

This is where the role of Cannabis comes in. They help to cover up this deficiency which ultimately helps the patient water down the effects of their mental trauma.

But that’s not even the best part! Scientists were also able to discover that the administration of Cannabis might be so effective that it might actually help the patients to completely forget the traumatic experiences altogether!

Since the acceptance of PTSD as a qualified condition viable for Marijuana treatment is a relatively new news, it has been hard for researchers to get their research approved. For this reason, Clinical Trials are yet to be started in full burst. However, the recent updates are as follows